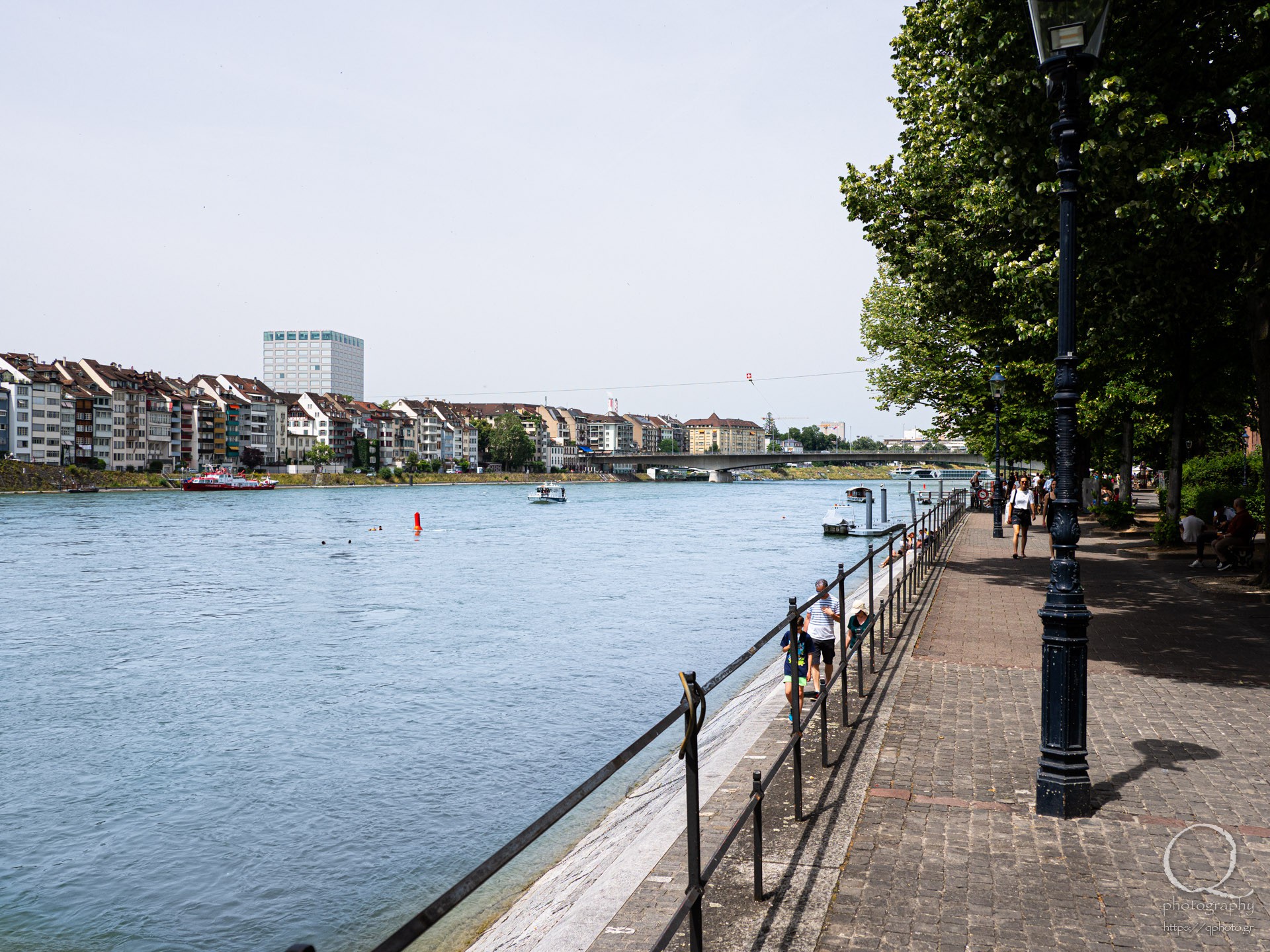 Two things happened since my last trip to Munich in the summer of 2020:

Even if you lived under a rock the last year and a half, you’ve probably been affected by the pandemic. Lockdowns, health problems and (in unfortunate situations) deaths, only to be compounded by some healthy and a lot of unhealthy scepticism.
It looks like the pandemic is slowly but steadily winding down and we are already seeing some sense of normality. Of course, the socioeconomic implications are going to be far greater and deeper reaching than anyone could have imagined two years ago, but still, things are improving.

I did buy a car however, and this opened up new opportunities for visiting new places. You see, the problems with not having a car are usually underestimated. Sure, in certain countries (especially in Switzerland) travelling around using the train is relatively comfortable and OK’ish in terms of costs, but that only covers the city to city travel. It’s not as comfortable to move around using local public transport as it is with having a car (even with a parking unfriendly country such as this).
Well, in reality it is not so bad, but it costs in time (waiting for the bus/train/tram to arrive) and it lacks that special feeling of “The Roadtrip”. When you are ready to commence “The Roadtrip”, it’s almost like a ritual. Do a pre-flight check on the car, make sure you have enough water (and food for longer distances) with you, plan ahead the parking, the stops for fuel and so on. It’s different, you are travelling on your own terms and it’s not a feeling that travelling by train can really reproduce.

Let me tell you a couple of things about driving in Switzerland however which I will compare to my experience of driving in Greece and Germany as well. When driving in Greece, you need to be aware of the other drivers. They usually drive awfully (the situation is better nowadays, but there’s always going to the “that one guy” on the road endangering everyone), they rarely honour the speed limits (70 km/h in a 30s zone? “What’s a 30s zone”), and god forbid if you stop at a crosswalk to let a pedestrian cross with a taxi driver waiting behind you (admittedly, the worst of the worst of the bunch). God also forbid if you don’t start moving 0.1ms after the green light turns on at a stop, you’ll be honked to oblivion. Oh, watch out for potholes too!

In Germany, things are more civilised. You generally honour the speed limits, you take notice of pedestrians and if you happen to act slowly (e.g. when green turns on at a traffic light stop) Germans are usually cool, they won’t blast the horn. When the speed limit is 30s, nobody bats an eye really if you go with 40, and even if they do, the fines are generally acceptable. In the Autobahn, when there’s a Stau and a temporary limit of 120km/h, it’s not unusual to see people going 20-30km/h higher than that.

In Switzerland, ever since Via Sicura was introduced in 2012, driving there can be a nightmare. First, traffic violations are punished severely; drive 15km/h over the speed limit at a 30s zone and you’ll be fined with a Fr. 250 fine. Which is “fine” (pun intended), but go at 16km/h over that limit and you are now facing criminal charges. You are not going to jail (unless you are a repeat offender), but the costs are getting higher and higher from there. God forbid if you dare have a speed of over 40km/h, you actually risk jail time, a visit to the psychiatrist and you car might be potentially impounded and sold. And rest assured that the Swiss Polizei will find you if you break the law; there’re cameras everywhere.

This creates a rather unique situation in the country. Since there’s no real leeway when driving here, most people drive to the absolute limit plus a wee bit more (there are tolerances in the above limits to account for measuring instrument inaccuracies). So if the limit is 50, everyone will drive at 53 or so and you will be honked if you go at 50. You will also be honked if you don’t start moving your car prior to the green light turning on (as in Germany, the yellow will light up along with the red just before the green is about to come on). The Swiss are not relaxed like the Germans, and while they honour the traffic laws unlike the Greeks, they do so with malicious compliance by letting all the oppression from the draconian traffic laws be exhibited on their driving.
It wasn’t easy when I tried to get my car from the dealership to my place, it being my first automatic transmission car I’d ever driven and the roads and driving culture being new to me. Add to it the constant need to check for pedestrians and you end up being in a situation where you need to have your senses working at 100% to avoid breaking the law.

Now, you may have gotten the idea that I am a Greek driver and that I drive recklessly. I don’t, I am one of the few drivers in Greece that tries to go along the speed limit (I’ll admit though that 30s are rather tough to handle when the car wants to simply “go”), and I wait for the pedestrians to cross the zebra crossing (with taxi drivers honking behind me). However, the amount of attention that it’s required due to the zero-lenience policies that Switzerland has makes driving in the city a very, very unappealing proposition (unlike Germany where you don’t need to be “on” 100% when you are driving). And that’s the reason I tend to use my car just to travel to other cities, having planned for parking spaces beforehand and so on, rather than do daily commute or in-city driving.

But that’s enough about my automobile rant, let’s focus on the trip instead. I left Zurich with a friend at around 9:30 in the morning and it was about an hour’s drive to Basel. Again, one has to be careful since the speed limits change frequently from 120 to 100 or even 80 and you need to have your speed adjusted prior to crossing the speed limit sign (or else). We left the car in an underground parking called Elisabethen and we went on foot from there. We got to see a bit of the downtown, some of the cobbled street alleys (those did remind me of Munich) and walk cross the town for a spell.

We were lucky that the weather that day was a short sunny break amidst two thunderstorms the previous and next day, but the temperature and humidity were very high, making this a rather difficult proposition; you had to be in the shade of a building, or else!

We encountered an open market, what we call a folk (Laiki) market in Greece. I could immediately notice the lack of yelling from merchants about their products’ quality and their low low prices. Next to it, was the Rathaus (the City Council).

The Rathaus is not unlike others in Switzerland or Germany. It’s a 500 year old building and like others, it’s the best representation of a city’s history (including medieval and modern elements) and adorned with characteristic designs and decorations of the city they are in. It was not open to the public unfortunately (we visited on a Saturday) but I would be very interested to take a look inside the building! Here’s an interesting part on the building’s history from Wikipedia:

“Rathaus” literally means “council house” while the term “Roothus” in the local Basel German dialect means both “council house” but also sounds like “red house”, a pun with reference to the red sandstone facade of the building.

We then crossed the bridge and walked along the river for a spell. There were people swimming, the temperature was quite high (at around 31 degrees Celsius) and the path along the river was a pleasant, albeit a rather tiring walk when there were not enough trees to get some cover from the sun.

We decided to keep going forward towards what I’d call the industrial area of Basel (not sure if there was any actual industry there, but that’s what I’m calling it). My friend suggested that there are places that resemble beach bars where we can grab a few cold ones and relax. The area seemed like it hosted anarchic self-organised communes, but said bars were closed and at this point we were exhausted. We wanted to go back to the car and go grab some steaks.

Which we did… on the German side of the borders. We visited a small town called Lörrach. We crossed the borders without any checks or any trouble really, found another parking with spaces annoyingly tight to navigate through and off we went to the first steakhouse we could find… that was also open. Most places were actually closed from 14:00 to 17:00, which is insane for a steakhouse in a touristic region. Luckily, we found an Argentinian place and if you know meat, you know that Argentian-style steaks are amongst the best in the world.

This place we visited had friendly people working there (the owner was apparently Dutch!) but they made two critical mistakes in my opinion. While they were very well roasted (I got mine done medium-rare, my friend got a medium-well one), they didn’t offer anything to accompany apart from some (very tasty) bread & spreads. This wasn’t such a big deal although it always helps when you get a side of potatoes or vegetables with the steak, but what was, was the almost complete lack of salt on the steak. One can say “what’s the big deal, add it later”, but it’s just not the same; you need the salt to work on the steak before you cook it. If you do something like dry brining (where you season the steak 24 hours before you cook it and you leave it in the fridge), the salt works its magic both in taste and in breaking down the meat tissues making it very tender. The difference was apparent as soon as we added salt on it ourselves. Good steaks, but a bit more work is needed.

With our hunger properly satiated, we decided to walk around the town a bit. Interestingly, I feel I can always tell a Swiss city apart from its German counterpart, even when they are very close to each other. There is something in the architecture, something that I cannot put my finger on that makes them different. Lörrach had a distinct feeling from Basel, not less nice, but still different and quiet similarly to Basel (unlike Zurich for example).

The day was quickly coming to a close and before it did we stopped by Kaufland on the way back, around 40km away from the city of Basel on the way to Zurich and on the German side. Great prices and lots of products to buy. If you want, you can ask for an Ausfuhrschein form (VAT return), get it stamped at the borders and you can get the VAT discounted from your next shopping (albeit in the same places). We didn’t bother, we were too bored and we were not sure when it would be the next time that we’d visit the same Kaufland in the future.

With that, the day came to a close. The return was uneventful, without too much traffic, but crossing into Switzerland you immediately get that uneasy feeling of driving in Switzerland. But I will end this post by saying that the landscapes one sees when driving through Switzerland are like no other, though I have no photographs from those; can’t risk getting fined!

This entry was posted in .